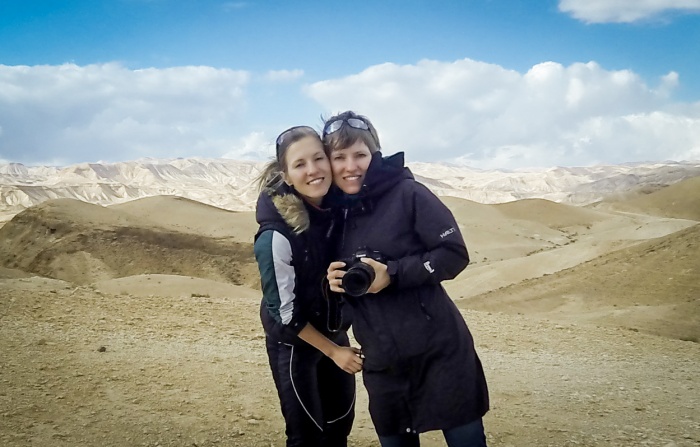 Birthday happens only once in a year. And this is one of those holidays, which certainly have a couple of photos .. and even video!

BEFORE watching the clip read the ARTICLE :)

When you hear about Israel - the first associations is the Jews, Jerusalem and of course the Dead Sea!

And of course we planned to spend our first day of the 23rd year near the Dead Sea! 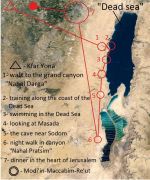 It does not make sense to describe everything since you can watch :)

Briefly fill voids that may arise during watching the clip..

We left Kfar Yedidia - accommodation, which was kindly provided by Yakir Goldner. There we spent the first half of the training camp and finished in the Modi'in - McCubbin – Reut - Guy Sabo Bar's home:)

Along the way we passed through Jerusalem twice. Unfortunately we did not walk there since we did not have time .. just walked through the central street searching for the place for evening dinner.

City ​​is located on top of the mountain (640-850 meters). One side of which is planted with trees by Israel state. On the other side, when you leave the city you enter the Judaean desert..

Another interesting point - if Jerusalem is located at altitude of 850 meters, then to get to the Dead Sea you should go down to the minus 400 meters below sea level!

Driving along the Dead Sea we found planted trees. In Scandinavia we are accustomed to see rows of firs on the moss, and here high palm trees rise above yellow salt ground.

Huge amount of water flows through mountainsides once in a year during rainy season. Almost all water is donated by desert to the Dead sea, barely leaving itself.

There is a lot of  bikers and paragliders here in the desert. Ezra Barkai to our delight, agreed to show us Israel is one of them - people who love «to read books while sitting in a chair ...of the paraglider»! Canyon «Nahal Darga» was the first place, where we went. There is a place Metsoke Dragot with a huge beautiful canyon. Here in a good weather in spring, summer and autumn such men love to spend their free time - " engaged in reading ":) 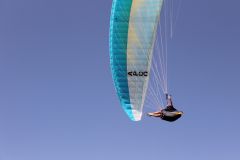 After admiring the views of canyon and sea of course we did a little workout along the shore of the Dead sea. 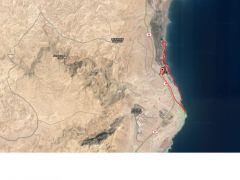 Sea dries. Deep cracks left in the place where the sea was before. In the territory of Israel and Jordan, there are about 1200 cracks the depth of which sometimes reaches 25 meters. You can see it in the video. 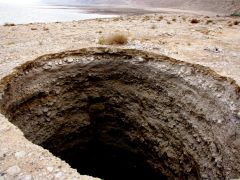 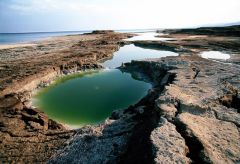 Became slightly salted after jogging we wanted to swim. But we failed to wash away the salt. Salinity of the Dead Sea reaches 340-350 ppm! (compare to the salinity of the Black Sea is 18 ppm). It is not necessary to taste it.. you can burn the tongue..:) It is impossible to draw here. The feeling was like we bathed in a water in dress for aqua aerobics.

And you can not swim in the water more then half an hour (even this time is a lot). This is bad for processes in the joints. It will be hard to squat after that :)

Next stop was cave Colonel  in the mountain Sodom . We stop there only for 15 minutes .. we look around a little bit, take some photo and moved on.

We was in the place which can never be find in the tourist brochures – the canyon Nahal Pratsim. It was white even in the night. I would like to come back here sometime..

Unfortunately all the photos taken during the day were lost, and we can enjoy only memories and videos from GOPRO. But anyway thanks to this little camera for «ISRAEL Birthday video» what you will enjoy 10 minutes after this article